Disability is no barrier for avid foodie who loves to learn 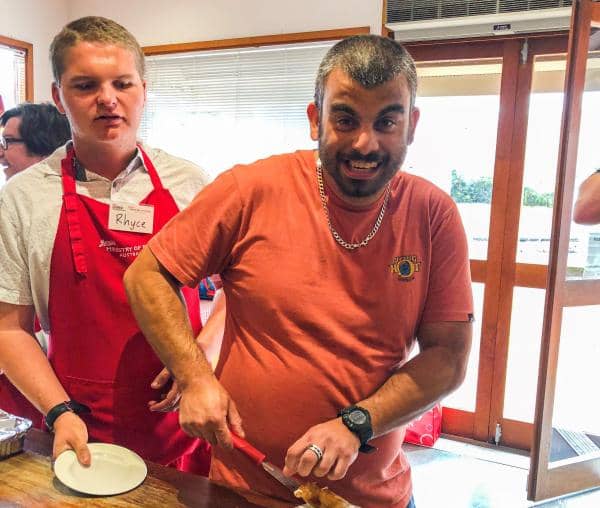 MICHAEL Villetri is on a mission to show people with disabilities can do anything they set their minds too.

The avid foodie has just completed his second cooking course at Jamie’s Ministry of Food kitchen in Ipswich.

Having a learning disability meant the 29-year-old had trouble reading the recipes, but with the help of the class instructors, he was able to plate up a number of tasty dishes.

My disability is a lot of different things. I am behind in my reading, writing and numeracy, so that stuff is really hard for me to do. When I had to read a recipe, the ladies helped me,” he said.

“They also did a demonstration first before we did our own cooking, which was also really helpful.

“The ladies who run the course, I found them all to be really loving and caring and helpful.”

Mr Villetri, who lives in Forest Lake with his mum Angela, said cooking was one of his passions, and Jamie’s Ministry of Food was helping him learn how to become more independent.

“I have to learn somehow, that’s why I went there.

“I got to experience what it’s like in a real kitchen, learn how to use kitchen knives safely and how to cook in a safe environment.”

Some of the dishes he learnt to create included marinated teriyaki salmon, chicken with vegetables and how to make eggs four ways.

His mum Angela said she had noticed a big change in her son since he had participated in the courses.

“Michael is someone who is always determined to learn something new,” she said.

“Once he is shown something, he can then do it for himself.”

Mrs Villetri also loves the new recipes that are being served up in her home.

“We are Italian so we love our food,” she laughed.

“Having Michael cook meant I didn’t have to think about what to make.”

Proud of his efforts, Mr Villetri said it is goal to inspire others who might be living with a disability to step out of their own comfort zone to learn something new.

“I have an intellectual disability, and I want to show others that if they have a disability, to give it a go and don’t feel bad about it, because I was in the same situation.

“You won’t know until you try.”

Full article from The Queensland Times